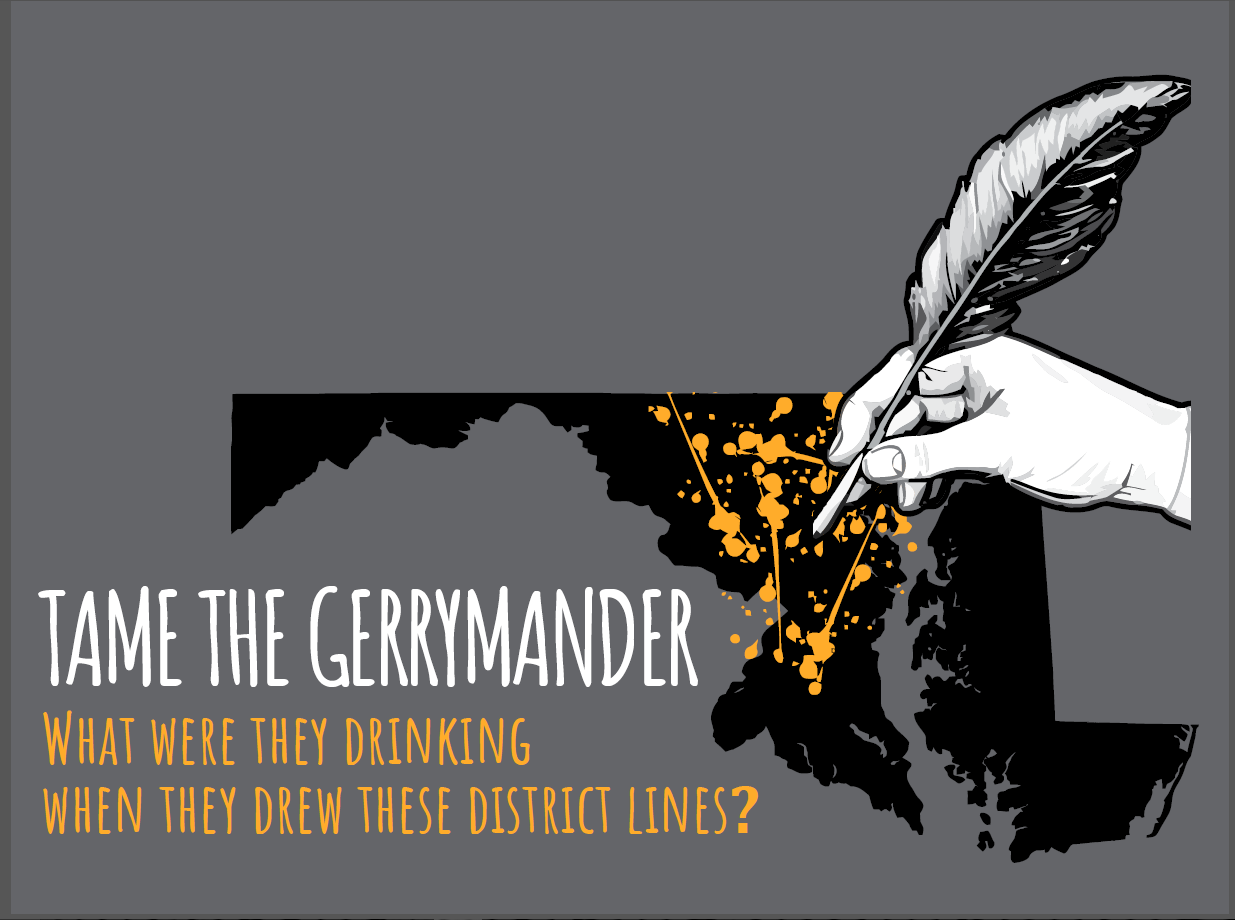 The League of Women Voters Maryland, Common Cause Maryland, and Represent Maryland Call on the Court to Tame the Gerrymander

This morning, a coalition of organizations including Common Cause Maryland, the League of Women Voters Maryland, and Represent Maryland gathered with activists on the Supreme Court steps to draw attention to the Court’s hearing of Benisek v. Lamone.  The case, one of many cases before federal courts this year related to redistricting, challenges Maryland’s 2012 map that advocates argue was unconstitutionally gerrymandered.

“Voters should choose their representatives, not the other way around,” said Cristi Demnowiz, of Represent Maryland, “But with Maryland being one of the most gerrymandered states in the nation, that’s not the case.”

Redistricting is a legally required process that happens once a decade after the census. The process is necessary to ensure that, as populations move over time, districts still remain relatively equal in size.  However, this process has typically been overseen by politicians who, in addition to ensuring equally populated districts, have also gotten increasingly more creative in how they draw the lines to shut out political minorities.

Amidst chants of “When politicians choose / the voters always lose!,” participants gathered to hear speakers such as Benisek attorney Michael Kimberly and Maryland Redistricting Commission Chair Walter Olson ahead of what could be a landmark case.  Activists, portraying the contorted districts themselves, called on the Court to act.

In a year where courts are making waves striking down politically gerrymandered districts in states like Pennsylvania and North Carolina, the Court’s decision in Benisek could help to move reform that has long been held up by partisanship in Maryland and states across the nation.  The case arises out of the 2010 redistricting, when Maryland legislators drastically redrew the 6th congressional district to favor Democratic candidates.  Republican district residents charge that the new map, designed to dilute their political power, amounts to discrimination and a violation of their first amendment rights.

“For years, we’ve worked with legislators from both parties to advance reforms that would remove the intense political gerrymandering in our state, or at least improve the situation,” said Ashley Oleson of the League of Women Voters Maryland. “And each year, Annapolis fails to act. We’re here because we want the Court to see us and hear us – if our elected officials won’t act, we hope the Court will.”

Tame the Gerrymander is a joint effort led by the League of Women Voters of Maryland, Common Cause Maryland, and Represent Maryland.