Redistricting Reform’s in the Spotlight in 2018 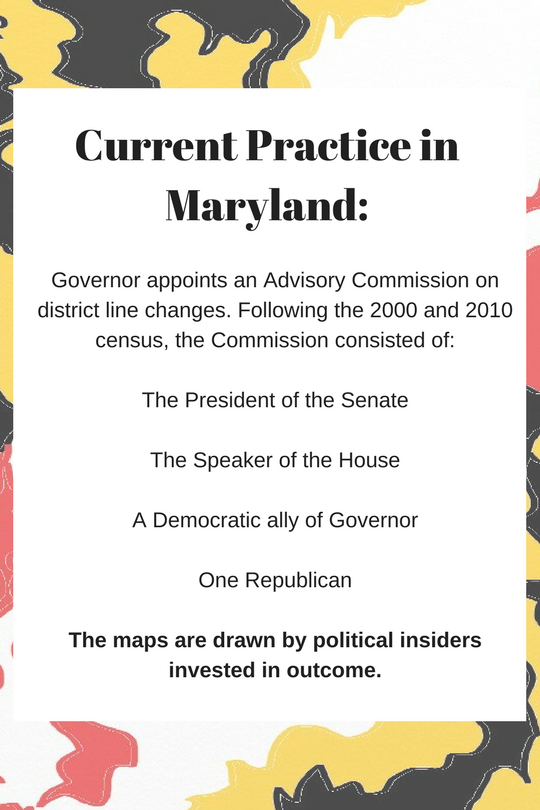 Across the nation redistricting reform has won the spotlight this year among good government advocates, editorial teams, many important political figures, and even SCOTUS has gotten in on the action. LWVMD has been harnessing this energy to push for reform of the Maryland redistricting process in 2018 - regardless of what the rest of the nation may do. LWVMD believes in, and has been working for, a government that best represents ALL Marylanders, and that can only be achieved when election districts are drawn with the interests of the people are the primary consideration.

However, as it stands, Maryland’s redistricting process allows, and has employed for many years, tactics to favor or disfavor political parties and political incumbents - a.k.a. Gerrymandering.

LWVMD is joined in this effort by other good government advocates that form the coalition Tame the Gerrymander. The coalition work we’ve done this past year has been focused on dramatically increasing the awareness of the need to end practice of partisan gerrymandering in Maryland THIS YEAR.

Why is it so Important for the MD General Assembly to Act in 2018?

Well, we only have 2 general elections before the next redistricting process starts in 2021.

Since REAL REFORM can only be achieved through a constitutional

amendment, we have to get redistricting reform on the ballot in 2018 - 2020 simply won't give us enough time.

A constitutional amendment MUST be voted on by the PEOPLE, meaning that the Maryland General  Assembly has to pass legislation THIS NEXT session to get reform in motion that will make a difference when the next census triggers the redistricting process.

If nothing changes in the next 2 sessions, we'll be stuck with the same old broken redistricting process we've had in Maryland for the prior 10 years!

This is the process that has given us a district that's been compared to blood spatter and a broken-winged pterodactyl.

And let's not forget how the state's legislative districts were drawn, with wandering fingers, and community slicing lines.

To ensure that we get a FAIR districting process in 2018, we have to act NOW 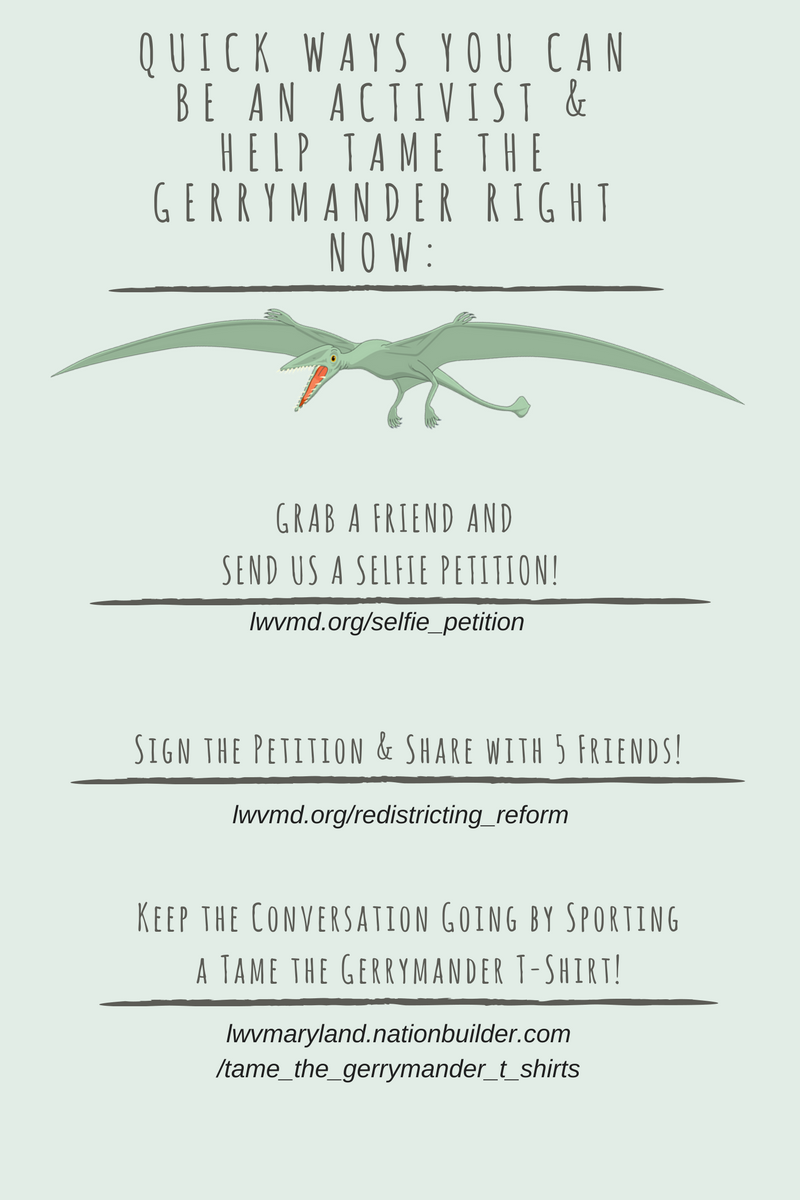