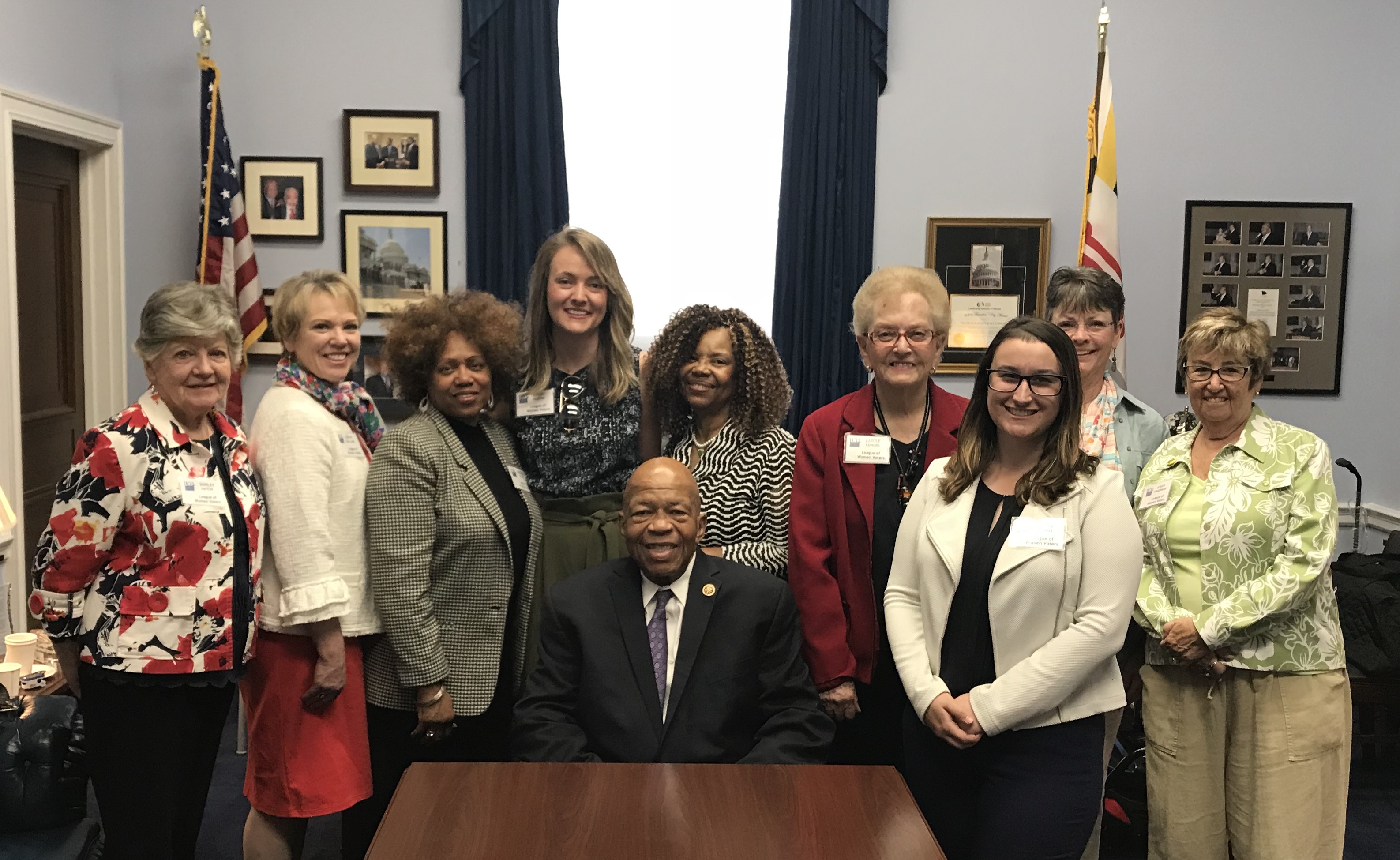 Capitol Hill." We talk with our US Senators and/or their staff members in their offices in the Hart Senate Office Building in the morning then walk across from the Senate side to the House of Representatives side of Capitol Hill. Passing the Capitol on our right and the US Supreme Court and Library of Congress on the left, we settle in for a fun lunch at the House staff food court in the basement of Longworth House Office Building. 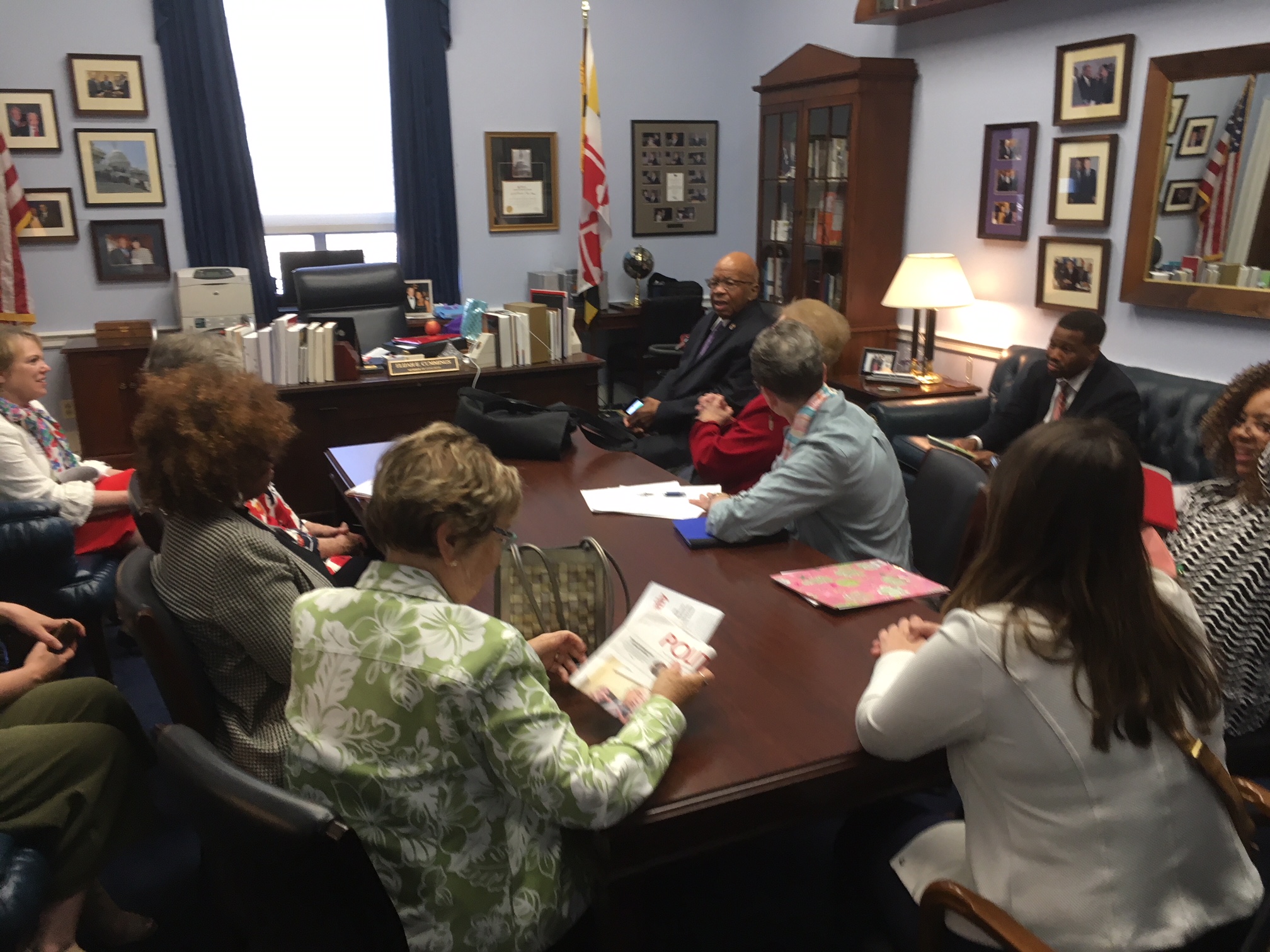 We put the elected officials in touch with our concerns about two matters: to please enact general gun safety legislation; and a specific bill, S.1989 in the US Senate and HR4077 in the US House of Representatives. These are known as the Honest Ads Act and would extend to the internet the same campaign advertising laws and rules currently applied to radio, television, and newsprint. We asked them to please co-sponsor and support and talk up and get them passed.

Senator Van Hollen already is a co-sponsor of S.1989 and Senator Cardin said he would co-sponsor. On the House side, Rep. Sarbanes was already a co-sponsor of HR4077 and, as a result of our visit among other things, Rep. Elijah Cummings said that he would be a co-sponsor. All had a good time and did something worthwhile. Please watch for next year’s “A Day on Capitol Hill” and be sure to join us!