Rally at the Supreme Court 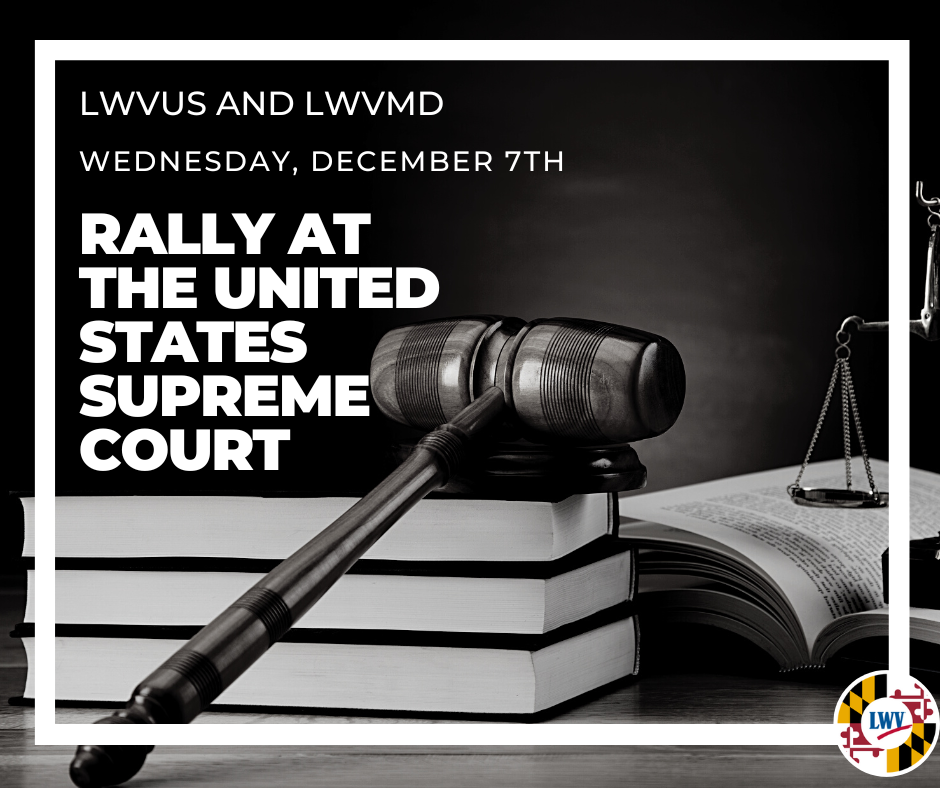 The League of Women Voters of the United States filed an amicus brief at the U.S. Supreme Court in the Moore v. Harper case against the “independent state legislature theory” (ISLT), a theory that would remove the checks and balances of our democracy and give state legislatures complete authority to rewrite the rules of how federal elections are run at the state level. LWVMD along with all other 49 Leagues in the nation, signed on to this brief. To better understand ISLT, the Brennan Center for Justice, a nonpartisan law and policy institute, created this short video.

On December 7 when the U.S. Supreme Court is scheduled to hear oral arguments on the case, LWVUS with other partners is hosting a National Day of Action starting at 9:00am EST in front of the Supreme Court in Washington, D.C. They will also be scheduling an in-person training with a virtual option on December 6 at 5:30pm EST for people joining the rally.

To let LWVUS know that you are interested in attending please register here.

If you are interested in traveling to the event with other League members from Maryland, please also register here.  We will let people from similar parts of the state know about each other's interest in attending.

WHEN
Liquid error: undefined method `day' for nil:NilClass
WHERE
Exact location given once registered