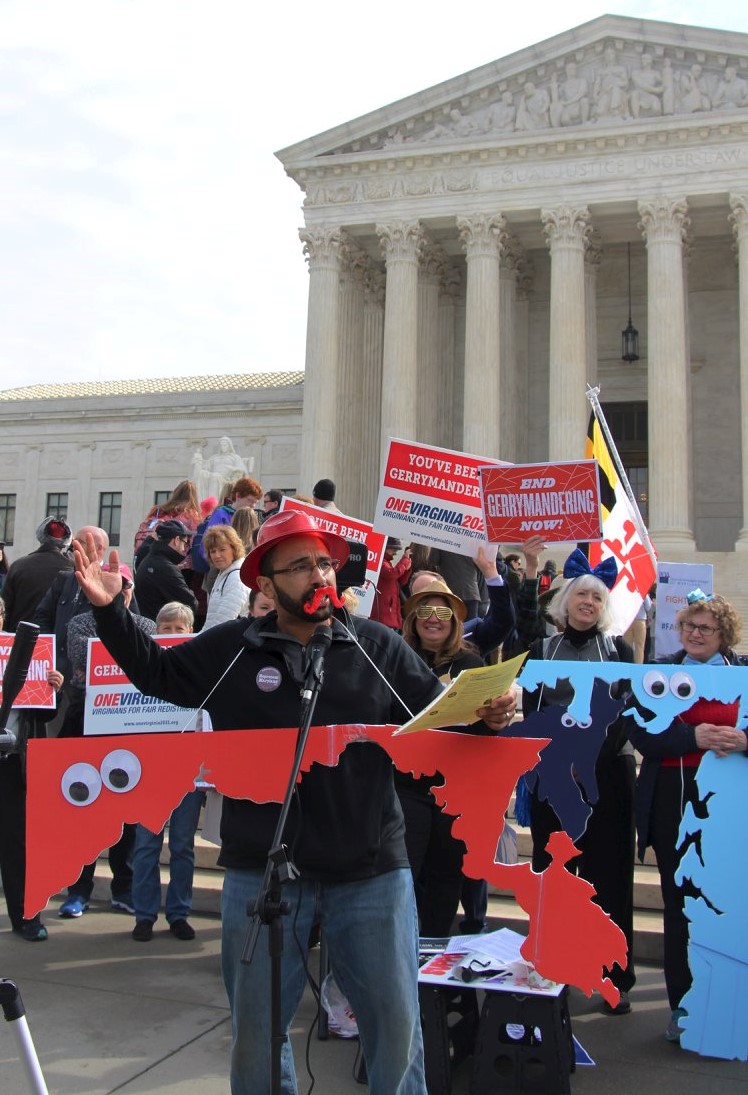 On November 7th, 2018, a federal district court decided that the sixth district was unconstitutionally drawn; it ruled that the map currently in use could not be used for the 2020 elections and must be changed before then. Over the past decade, the residents of the 6th district have been unfairly represented in Congress. After electing a Republican in 2010, the lines were redrawn, and the district went from a classification of “Solid Republican” to “Likely Democratic.” The redrawing of district lines after the 2010 census removed approximately 66,000 Republicans and added about 24,000 Democrats (Benisek v. Lamone, Opinion, 2018). The district court described this switch as “the single greatest alteration of voter makeup in any district in the Nation following the 2010 census” (Benisek, Opinion, 2018). The court ordered the state to remedy the partisan gerrymandering of District 6, and this is where the Emergency Commission comes in.

How Was the Emergency Commission Created?

The Maryland Emergency Commission on Sixth District Gerrymandering is a 9-person, multi-partisan commission tasked with resolving this constitutional violation. On November 26th, Governor Hogan issued an executive order and appointed Judge Alexander Williams (D), Walter Olson (R), and Ashley Oleson (U) to the lead the commission. These three members reviewed the applications received from the public and submitted appointment recommendations to Governor Hogan for final approval and appointment. The Emergency Commission consists of three registered Democrats, three registered Republicans, and three unaffiliated voters.

Getting the Public Involved in the Process

The task of the Emergency Commission is to review the existing map and redraw the lines of the 6th district in accordance with the district court’s judgment. Before they begin drawing, the commission held three public hearings, one in Frederick (CD6), Rockville (CD8), and Cumberland (CD6). The public was invited and encouraged to share with the commission what factors they consider most important to creating a fair 6th district. These hearings were live streamed and have been archived online at governor.maryland.gov/free-and-fair/, and those who were unable to attend can also submit comments to the commission online.

In mid-February, members of the public will be able to access mapping software through the Department of Planning, and try their hand at drawing a 6th district that they think is fair and in accordance with both the court’s and the Governor’s orders. While many open-source mapping tools have been developed as the issue of gerrymandering has risen to prominence, enabling the public to submit maps using the Department of Planning’s software will ensure that members of the public are working with the adjusted census data. The “No Representation Without Population Act” requires that when drawing district lines, the census data must be adjusted to reassign correctional facility inmates to their last-known-address in Maryland, and exclude inmates who were previously residing out of state from the count (except for the federal prison in Cumberland, MD, where inmates will be counted).

The commission is set to convene for workshop sessions on February 20th and March 1st and has until March 4th, 2019 to submit a proposed plan and map. These workshops will also be livestreamed and open to the public. This is in stark contrast with the commission that originally drew the 2011 maps, when all workshops and deliberations were done behind closed doors. The commission will then hold additional hearings for the public to review and comment on their map, as well as make the maps available online for broader public accessibility and evaluation. By April 2nd, the commission must submit a finalized version of the new district map to the Legislative Office of the Governor.

Which Elections Would the Commission’s Map Affect?

It is important to note, maps implemented under the federal court’s order would only change for the current set of maps and thus, will only affect the 2020 election cycle. After the census in 2020 and reapportionment, the current process for redrawing all of Maryland’s congressional districts is still in force. Therefore, in order to prevent future gerrymanders, permanent reform legislation must still be enacted by the General Assembly to repair Maryland’s redistricting process for the next decade. It is hoped that the 6th district Emergency Commission’s work can serve as a model for a future, permanent, independent commission, which is what 73 percent of Marylanders have said they want.

But Wait, What About SCOTUS?

Maryland’s Attorney General has appealed the federal court decision to redraw District 6 to the Supreme Court, and the Court has chosen to take up the case. So, Benisek v. Lamone will be at SCOTUS for the second year in row. The Court will hear oral arguments on March 26, 2019 along with a Republican-favoring gerrymander case out of North Carolina, Rucho v. Common Cause (consolidated with League of Women Voters v. Rucho). Many are speculating about what the Court will do, but of course no one knows for sure. SCOTUS has refrained from drawing a bright line on the constitutionality of partisan gerrymandering in other cases, but redistricting reform activists are hoping this time SCOTUS will finally provide guidelines that will fix gerrymandering for the nation once and for all. The Court could also decide to simply uphold the lower court’s ruling to redraw District 6 for 2020, in which case the Emergency Commission’s work could put Maryland ahead of the game, and give ample time for implementation and publication of 2020 map changes. On this, we will have to await the Supreme Court’s opinions which are likely to come down in June.

What You Can Do In the Meantime…

It is important for Marylanders to continue to insist that legislators work to chart a path towards Fair Maps for Maryland’s future. With all of the uncertainty around what the Court will do, Maryland legislators have an opportunity to take charge of this problem, and ensure every voter feels that their vote matters in the future. Learn more about the redistricting reform bills LWVMD is supporting in 2019 here: https://www.lwvmd.org/redistrict_reform_bills_we_support_in_2019 and ask your legislator to support meaningful redistricting reform this session – the clock is ticking, there is no time to waste. Check out our redistricting information pages for guidance and educational information to help you feel empowered to ask your legislators to end gerrymandering once and for all.