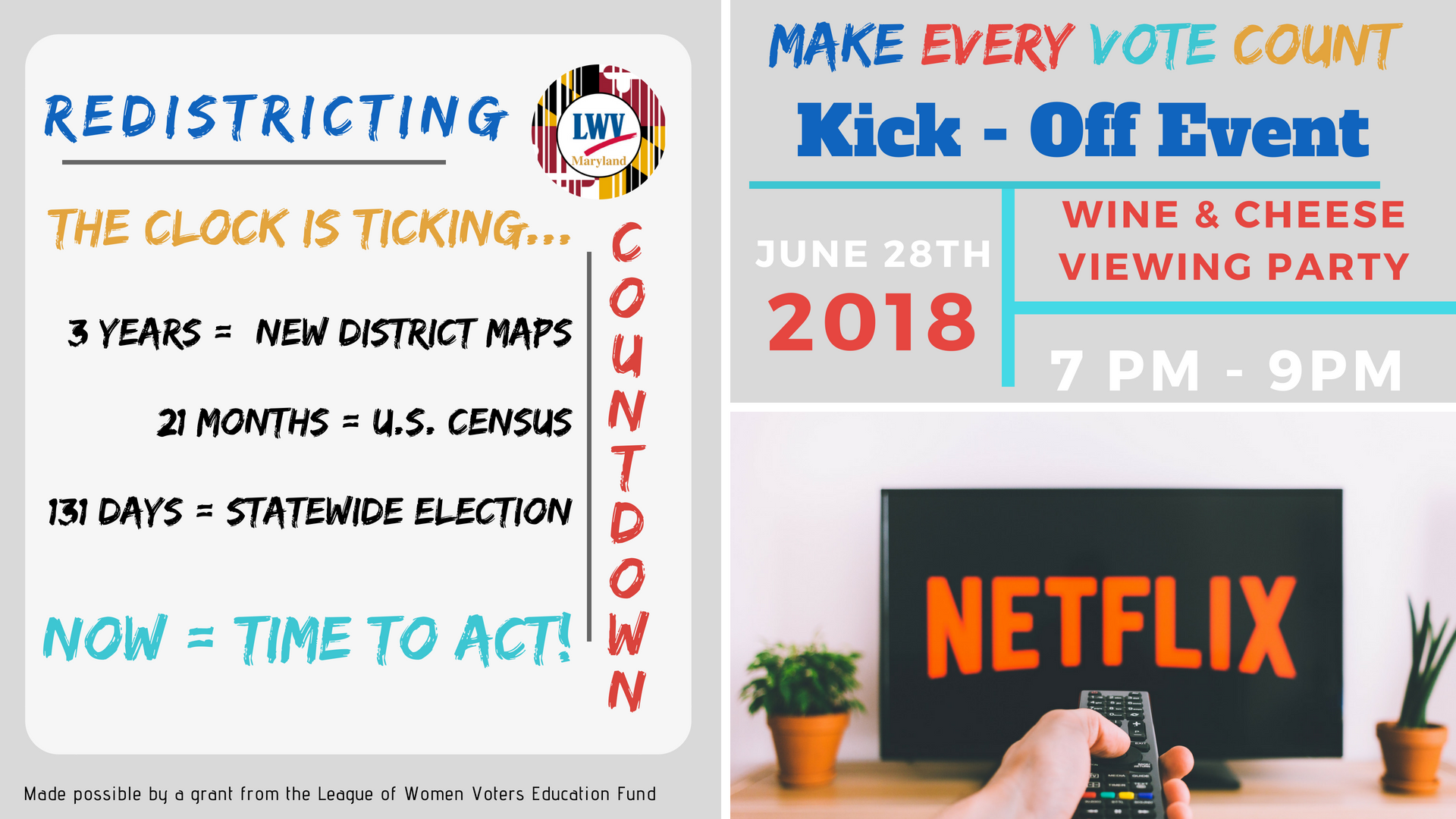 In less than 5 months we’ll elect the officials who’ll determine Maryland’s districts following the 2020 census. The time to educate & rally citizens is NOW!
The LWVMD Education Fund has won a short-term grant to do just that. Join us on June 28 to celebrate, strategize and receive “empowerment toolkits” We’ll also hear legal experts discuss the recent SCOTUS gerrymandering cases, live from LWVUS Convention in Chicago.
Our own redistricting expert Ashley Oleson will share details of the Make Every Vote Count campaign against the clock in the Redistricting Countdown, provide an update on the state of redistricting legislation in Maryland in light of the recent Supreme Court decision in Benisek v. Lamone which has left reformers without a national solution to redistricting, but NOT without options. We’ll then introduce a live streamed conversation with attorneys Nick Stephanopoulos & Ruth Greenwood on the next steps after the recently dismissed Wisconsin redistricting case before SCOTUS, Gill v. Whitford, live from the LWV National Convention in Chicago.
LWVMD invites you to join us a for a wine and cheese viewing party at the home of LWVAAC members Jim & Niecy Chambers to learn more about this gerrymandering issue that's been all over the news lately, and get your marching orders in LWVMD’s Make Every Vote campaign to beat the clock with reform in the Redistricting Countdown! (Hint: The first step is education!)
Seating is limited - RSVP today!
WHEN
June 28, 2018 at 7:00pm - 9pm
WHERE
Home of Niecy & Jim Chambers, LWVAAC Members
317 Eatons Landing Dr
Annapolis, MD 21401
United States
Google map and directions
CONTACT
Ashley Oleson · · 410-269-0232
13 RSVPS