On Tuesday we will celebrate the 241st anniversary of the Declaration of Independence, the document that launched the United States of America.  As we celebrate our freedom in an atmosphere of bitter political divisions, we would do well to remember the Declaration’s assertion that governments derive their just powers from the consent of the governed.  Nothing is more sacred in America’s political creed than the citizen’s right to vote.  LWV is dedicated to protecting that right, and to informing citizens about candidates and issues so they can exercise that right effectively.

It is because of our commitment to the rights of voters LWV came out in solidarity with states who refused to comply with this intrusive and overly broad request last week by the President’s Advisory Commission on Election Integrity for the voter registration records of all voters. 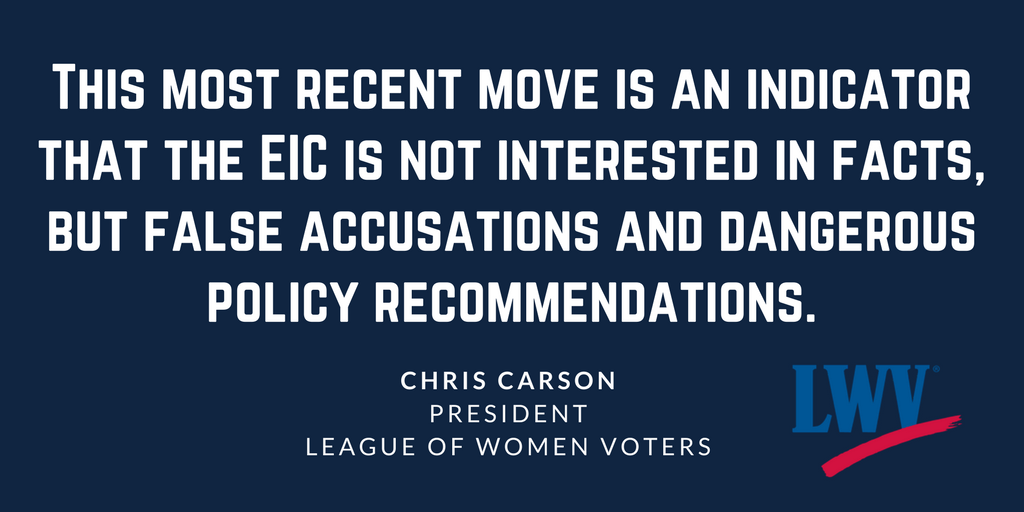 Today, the Maryland State Board of Election (SBE) has joined the ranks of these states by denying to fulfill the Commission on Election Integrity's request for voter data on the basis of existing Maryland Election Law. LWVMD commends this action to protect the data of Maryland voters.