LWVMD Hosts Gerrymandering for Beginner Webinar Series asking Marylanders “What Does Your Gerrymander Look Like?”

Annapolis – The League of Women Voters Maryland (LWVMD) has launched an educational campaign on gerrymandering in light of the clock running down on the “redistricting countdown.” The campaign has begun with a series of 7 webinars entitled “Gerrymandering for Beginners – How to Make Every Vote Count in Maryland”. These webinars – running weekly from now until October 23rd – are free and open to the public - https://www.lwvmd.org/gerrymandering_for_beginners_events The events are being led by LWVMD Redistricting Advocate, Ashley Oleson. Oleson also serves on Maryland’s Redistricting Reform Commission appointed by the governor to study the issue and make recommendations on a new redistricting process for the state.

Oleson says, “We really wanted to make sure we get the information out there now to educate Marylanders who are deeply frustrated by various forms of voter suppression and make them aware of how detrimental gerrymandering is to conducting fair elections in our state.” The webinars ask attendees to think about the questions, “What Does Your Gerrymander Look Like? Did You Even Know You Had One?” Richard Willson, LWVMD co-President commented, “Redistricting is a wonky and complex issue that few voters really understand. Yet, it impacts who is elected and therefore the policies that are enacted.”

LWVMD has also made an effort to inform the public on candidate’s positions on redistricting reform through its nonpartisan Voter’s Guide, accessible on www.Vote411.org. Voter Service Chair, Ralph Watkins said, “We see this as an important and timely issue for LWVMD to ensure voters are informed about when they head to the polls.” Candidate responses in the LWVMD Voter’s Guide are straight-from-the-candidate so voters can read exactly what the candidate thinks about the issue in their own words. 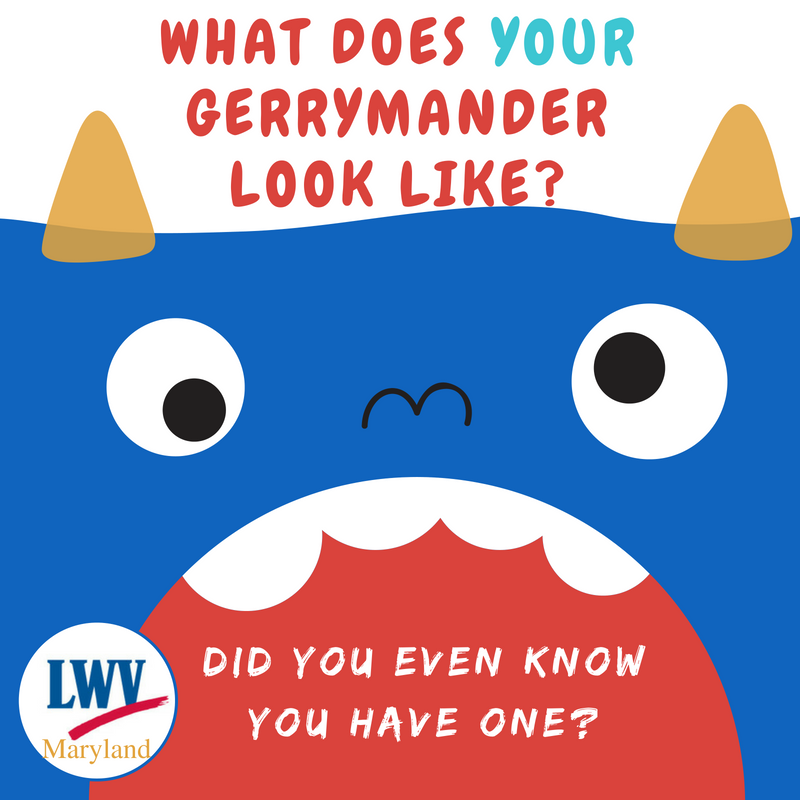