At Convention 2017, it was announced that Maryland is simplifying the process for tracking League membership.  Going forward, local leagues will add and edit member information directly in the NationBuilder software that runs our websites, communicates and tracks our contacts. Rather than have each local league enter data in the LWVUS database  local leagues will work directly with NationBuilder to create one-stop membership management controlled and perfected at the local league level.  LWVUS will modify their software so that Maryland can upload membership to the national database.

Local leagues with questions about the new process should email online@lwvmd.org.

This is the last message we will be sending to you via SBL.  It was an honor serving as your co-presidents for the past two years.  It has been wonderful seeing the new faces in your Leagues and growing our relationships with long-time members. 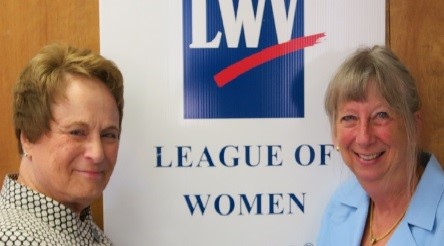 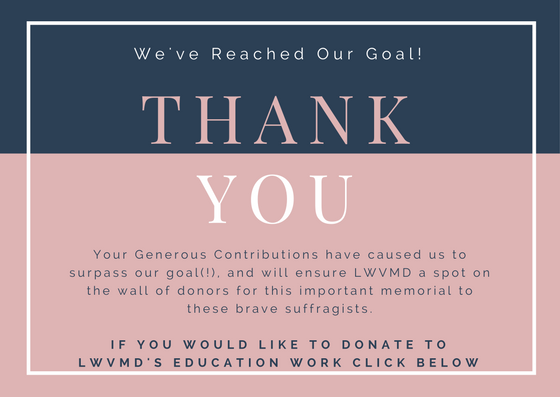 This memorial is planned for a park near where the suffragists were imprisoned for silently picketing the White House in support of the right to vote for women.  The suffering of these and other women across the country who led the way to establish our right to vote is being recognized through this memorial planned for a riverside park in Lorton, Va. where suffragists were imprisoned, brutalized and force fed. To see the park setting and central figure of the suffragist who was hung by her wrists from the ceiling of her cell, go to www.suffragistmemorial.org . Too few of our history books record the full extent of their suffering.

Members and friends of the Maryland League contributed $1,835 ($835 past our goal!). Our League will now be named on the wall of donors at the memorial.

A Day on Capitol Hill with LWVMD

Every year the League of Women Voters of Maryland (LWVMD) plans a trip to the United States Capitol to lobby their senators and representatives with long-serving LWVUS Lobby Corps Chair and member, Carole Conors. This event offers LWVMD members an insider’s view of Capitol Hill. It includes intimate meetings with the busy legislators and staff of the Maryland delegation to Washington D.C. In this current climate of renewed political activism, the LWVMD group that visited Capitol Hill reached 19 members, and sometimes called for creative seat-arrangement adjustments in order for the legislators’ offices to receive this energized bunch of Leaguers. 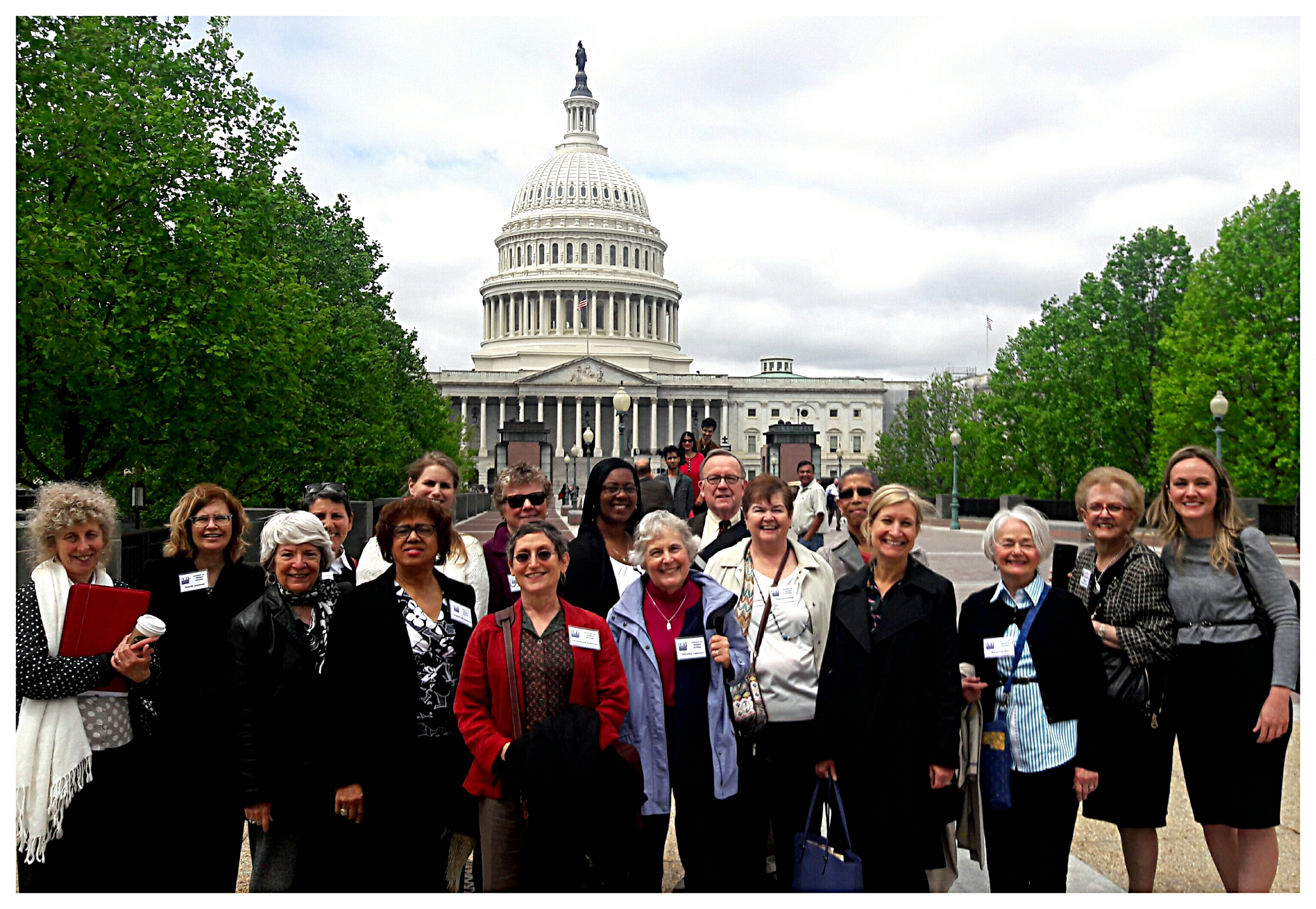 Spring Blooms for the League of Women Voters

Though April showers may come your way

They bring the flowers that bloom in May.

So if it’s raining, have no regrets,

Because it isn’t raining rain you know,

Yes, spring is here at long last and it’s time once again to hold our annual meetings to plan for the future.  Members of the State Board extend our congratulations to all of the local leagues for another successful year.  Elsewhere in this publication, you will find the dates for the annual meetings of each of our local leagues. You will be happy to know that all over the country and here in Maryland, we are finding that people are looking for an organization like the League of Women Voters that works for the benefit of people who want to vote and provides the information that voters need to vote intelligently.  We have witnessed increased membership in local leagues which is being duplicated around the country.

While local leagues are planning for the future, so too is the State Board.  This year is convention year! We are holding our convention at George Washington College in Chestertown, MD, June 9-11.  We are thrilled to have as our featured speaker President Sheila Bair of Washington College at our banquet on Saturday evening of the convention.  Previous to her present demanding role as college president, she was director of the Federal Deposit Insurance Corporation during the 2008+ financial crisis and authored the book The Bullies of Wall Street and other publications.  We are especially pleased that she will answer questions while she is with us, so have your questions ready.  Members of the Kent County League are planning an excellent convention that is more affordable than some in the past and full of activities .Plan to join us as early as Friday evening, June 9th and stay until Sunday afternoon to participate in sessions that will bring you up to date on issues of importance to all of us as well as provide the opportunity to attend the banquet to hear our speaker. Additional information, including how to register, is available elsewhere in this State Board Letter.

We will have much more to say about our legislative priorities in an upcoming issue of The Voter but we are very pleased that the legislature passed legislation to ban fracking and are very disappointed to report that they failed once again to pass a reasonable measure to accomplish redistricting despite all of our efforts coordinated with other organizations with views similar to ours. The General Assembly is scheduled to adjourn sine die on April 10th. You can find our testimony on issues which arose in the General Assembly so far at www.lwvmd.org/testimony .

See you at annual meetings and convention!