Bans Off Our Bodies

Posted by Willow Goode 66vtl on 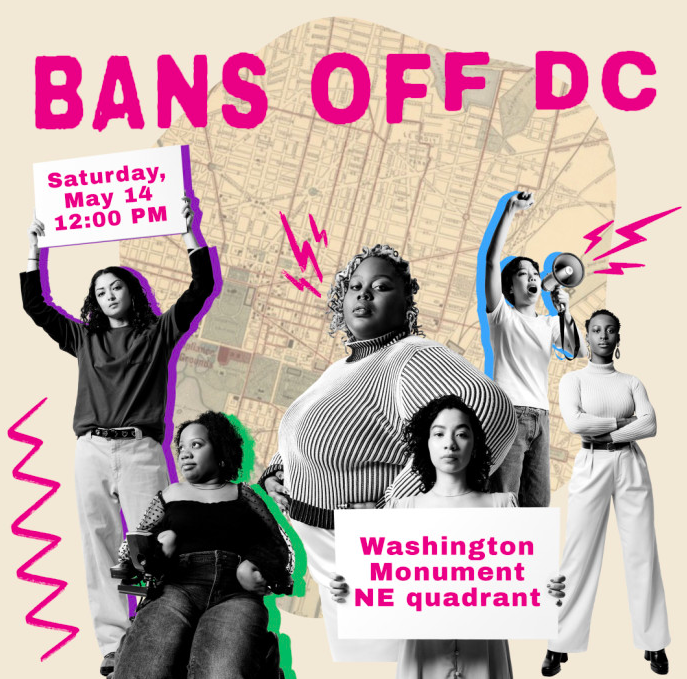 Join Planned Parenthood Action Fund, with Women's March Saturday, May 14 at 12 pm EST in Washington, D.C at the NE side of the Washington Monument. We will march to the Supreme Court at 2 pm EST. More details when you sign up!

On Monday, Politico published a leaked draft Supreme Court majority opinion in Dobbs v. Jackson Women’s Health Organization that explicitly overturns Roe v. Wade. This is an unprecedented leak from the court that, if true, would reverse nearly 50 years of precedent and explicitly end federal constitutional protections for abortion. 26 states could move quickly to ban abortion, meaning millions of people might live without local access to abortion. The people in your community and across the country deserve the power and freedom to make their own personal reproductive health care decisions.

Planned Parenthood Federation of America, Planned Parenthood Action Fund, Women's March, MoveOn, and UltraViolet have joined with with allies across the progressive movement to ensure that millions of people turn out for mobilizations across the country to demonstrate that support for abortion is widely and deeply felt. Together we will send a strong message that abortion access must be protected and supported. We invite you to join these efforts during this moment of crisis. It is necessary that to act now, all across the country, not only to demonstrate that people support abortion access, but to show that we won’t back down.