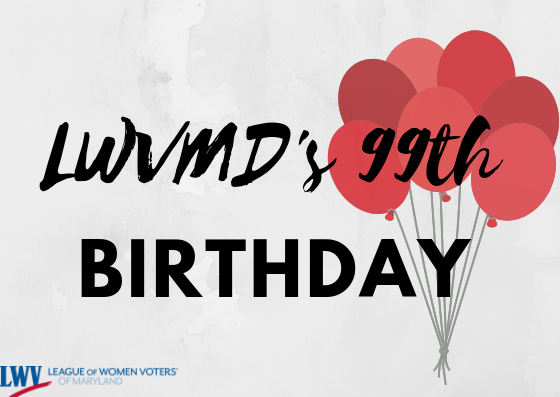 This Valentine's Day LWVMD celebrated its 99th birthday! Since the League was founded in 1920, we have continued the grassroots efforts laid out by our founders, and have evolved to address modern day issues as they present themselves.

The advocacy and outreach efforts facilitated by the League have cultivated citizen participation and engagement throughout the state of Maryland over the last 99 years.

In just the last year some of these efforts were met through:

To celebrate LWVMD's 99th birthday and the efforts taken to increase citizen participation and engagement over the years, we're asking YOU to help us reach a goal of 99 donations!

Your donation today will help sustain the critical work that's been done by LWVMD for the last 99 years!